Steve McCurry, known from the ‘Afghan Girl’, shows his photographs in Galerie Ambit, in Prague. Everyone can visit and see 107 large-scale photos and get to know him a bit more by information on the walls.

McCurry is known as one of the most iconic figures of contemporary photography. After publishing ‘Afghan Girl’ on the cover of National Geographic magazine, it became the most recognized photograph of that time and it won several awards. This photo is the largest shown in his exhibition.

Steve went to a lot of war areas such as former Yugoslavia and Afghanistan. It was after several months of travel that he crossed the border into Pakistan. There he met a group of Afghan refugees. Emerging in traditional clothes, Steve made is way over the border. His images were among the first to show the world the brutality of the Russian invasion. He made his way over the six continents just to take photographs.

The exhibition can be visited until 28th May 2017.

People on city trips are likely to do a guided tour, just to get more information and background. But what if you’re deaf or hearing impaired? Does that mean you aren’t allowed to receive the same advantages as people who can hear? Not in Prague, Czech Republic, as they do among other things tours for the deaf.

On the streets, at historical monuments, on boats,… It’s nothing new. A group of people guided by someone who does sign language. Not only guided tours, but also cafes for and by deaf or hearing impaired persons can be find in Prague. Ticha Kavarna, is doing a project called the ‘Quiet Café’, where all the staff are Deaf.

Quiet Cafe is a space where they can work hard and use their skills and evidence for themselves and for others. It also serves as a training environment, and provides support to graduates and graduates of colleges for their professional start.

They also offer space for deaf and hearing impaired artists to organize exhibitions, concerts and other cultural and educational events. The issue of the deaf employment in the Czech Republic is a very hot topic. Although the offer of academic and professional courses for deaf comparison with previous years is very extensive and diverse, only a few graduates find application in the open labor market. 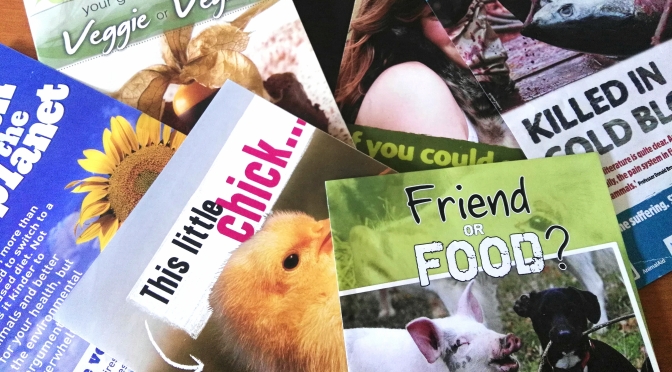 “Do as little harm as possible”

Close to Piccadilly circus in London, Leah promotes veganism and animal rights. Working for Animal Aid, she talks to people to convince them that animals have the same feelings as humans. She gives away flyers and makes clear that we should be more aware of animals’ feelings. “Animals need more rights, we forget that we are actually animals as well.”

As the UK’s largest group, Animal Aid is also the longest established in the world. They campaign peacefully against all forms of animal abuse and promote cruelty-free living. Also, they investigate and expose animal cruelty.

According to Animal Aid, animals do not need the same rights as people. “The rights that should be accorded non-human animals are the rights not to be killed by people, except in their self-defence or to end severe suffering that would otherwise continue.” They think that freedom from torture and exploitation are other basic rights that should be extended to all those species. “While some animals kill others to survive, we don’t need to. There is no other species that has our capacity for grandly choreographed, industrialised destruction.”

“Defending animals does not mean caring about them more than about people,” says Leah. “It’s about protecting other species from cruelty and unfair treatment, and not causing them any harm.” There are several practical steps for everyone. “We can cut out animal products from out diet, buying clothing and footwear that use non-animal alternatives to leather and wool, avoiding products that have been tested on animals, boycotting zoos and circuses with animals and many more.”

Animal Aid promotes ways of living that reject using or consuming the flesh, milk eggs and skins of animals. They oppose the trade in pets and oppose leisure pursuits that depend on chasing, bullying, demeaning and killing other species. “While it is impossible in this world to live a perfect life, we believe that the first principle should be: do as little harm as possible.”

Dogs and cats yelp by everything that hurts them. Animal Aid says that whether in your home, on a farm, in a laboratory or in the wild, animals experience pain and fear and will try to protect themselves from being hurt. Leah adds something as well. “This is the same for fish as it is for people. Fish all have nerve chemicals and cell receptors necessary to experience pain and stress,” say Leah. “Even where we cannot be certain of their experience of pain, for example in the case of insects, we should give them the benefit of the doubt and not cause deliberate harm.”

Free-range is not free

On many free-range farms, hens are still crowded into sheds with limited outside access. “Free-range birds are usually the same highly bred type as the ones who are raised in factory farms,” says Leah. “The birds that don’t reach the outside often have diseases, which makes them die early.” A lot of people think that organic food is a good option if you want to eat cruelty-free food. But this is actually not true. Hens can still be housed in groups of up to 3000 and may only have access to the outside for as little as a third of their lives. No matter how they are kept, the short lives of all egg-laying hens end with a traumatic journey to the slaughterhouse. “They are only 72 weeks old, when they are no longer able to produce the amount of eggs demanded,” says Leah. “They are slaughtered and made into cheap meat products.”

Animal Aid also gives guides to go veggie or vegan. It contains some recipes, and gives information about how to animal

The National Marine Aquarium in Plymouth is hosting an event called ‘Sea The Difference’ during the Easter break. About 1000 people a day are visiting the Eddystone tank, where the event is being held. About 14 different organisations are coming over on different days and show what they do. Today on the 5th of April, 8 people are in.

There is the Shark Trust, the Marine Biological Association, they have a stand themselves, the community Seagrass Initiative, the RSPB, Wembury Marine Center and the Plymouth University Marine Institute. Paul Botterill, host supervisor at the National Marine Aquarium is proud of the event being held. “It’s a really nice way to connect with local people and with all the good work that has been going on,” says Botterill. “Everyone does something slightly different, but with the same in mind: the environment.” There are also a couple of different shows going on, which start at 1 o’clock each day.

Environment vs locked up fish

The National Marine Aquarium is really caring about the environment and with the well-being of the fish. But we hear more and more that locking these fish up in ’cages’ is animal cruelty. Paul makes sure that there is no need to worry. “We have a huge amount of care, ethics and we would never keep a fish in our aquarium that isn’t going to be okay in our tanks. We have a lot of monitoring that makes sure that they are stress-free, healthy and that they are well-fed.”

They are busy doing trainings and playing and also doing research to find out which species go along together and which ones they can keep together for their entire life. “It would be wonderful if every aquarium would take care of it and thought about the environment the way we do,” says Paul. “The Eddystone tank is the largest native offering in Britain, it contains 500.000 litres of water. This is giant.

We need to be aware that we are also doing progress with saving the environment. Since the rule of 5p charge on plastic bags came in, just the UK has used 7 billion less plastic bags, that’s an 80% reduction. “It’s huge and it doesn’t only come from the awareness of the problem, but the connection to the animals,” says Botterill. “This is why we are here and why we are doing it. Everything that we do is with the environment in mind. Everyone who works here is a big fish- and nature lover.”

Seagrass plays an important role for both humans and sea creatures. Despite, it’s currently under enormous threat. Even though people are aware of the ocean being contaminated, not everyone knows about these secret gardens under the sea. The Seagrass Initiative is doing ‘Project Seagrass’ and during the Easter break they have a stand on an event called ‘Sea The Difference’, which will take place in the National Marine Aquarium in Plymouth.

Importance
Seagrass can provide a natural sea defence by trapping sediment and slowing down currents and waves. It is a home for sea creatures such as seahorse, pipefish, anemones and more and it increases biodiversity by providing food and shelter for other important marine life. 40 times more animals live in seagrass beds than the surrounding bare sand. Seagrass is not only necessarily for sea creatures, but also for humans as it produces the oxygen we breathe.

Threat
The secret gardens under the sea are one of the fastest disappearing habitats on Earth with a decrease of 7% per year worldwide. “Even though it’s not on purpose, it’s us who are destroying it. Anchors are a big cause, they can rip up seagrass along with their vast roots. Walking over the seagrass can break it and damage the fragile leaves and they can also get cut by propellers on high speed boats,” says Paul Botterill, host supervisor at the National Marine Aquarium. “Waste can smother the plants and reduce their growth.”

Best foot forward
By making some small changes in our pattern of life, we can help saving the seagrass and the ocean. Cleaning products with high phosphate levels can increase nutrients and cause marine algae to grow. Using eco-friendly cleaning products is a big step forward. Also eating organic might help. Avoid buying bottom trawled and dredged seafood, these fishing methods can physically damage seagrass. 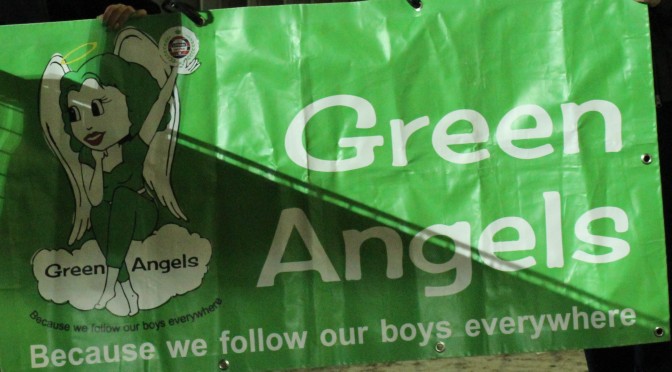